While drilling for oil does not occur in the Mid-Atlantic, the region is not immune to oil spills. There is potential for incidents, both big and small, due to several major ports, refineries, and crude oil and petroleum products moving through the region by pipeline, tanker, barge, and rail. Key pieces of “back pocket” information were shared with the Sea Grant programs in the mid-Atlantic in case of disaster. To read the agenda and bios, click here. 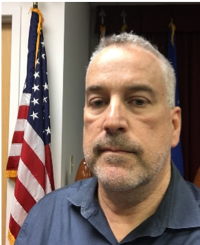 Dave currently serves as the Supervisor for District Response Advisory Team for the Fifth Coast Guard District in Portsmouth Virginia.  In this position he oversees the execution of the Coast Guard’s Marine Environmental Protection Mission for the Coast Guards mid-Atlantic region.  Dave previously served on active duty with the U.S. Coast Guard in a variety of marine safety and security assignments in Hawaii, San Francisco, The Great Lakes and in Virginia.  He also completed two tours with the United States Navy specializing in homeland defense and homeland security missions.  Dave is a native of Ojai, California and is a graduate of The University of San Diego and holds a Master’s degree from the US Naval War college.  He is married to Kathleen Pugh and is the proud parent of three college students, K.C., Katy and Evan.

Mr. Csulak has been a Federal Government employee for nearly 38 years. He has responded to more than 400 oil and chemical spills, including the Deepwater Horizon oil spill where he served as the Senior NOAA Scientific Support Coordinator for more than four years and several natural disasters such as Hurricanes Rita, Katrina, Sandy and Irma. Mr. Csulak has held several positions within NOAA.  From 1989-2002,  Mr. Csulak worked for NOAA’s Damage Assessment, Remediation and Restoration Program and Restoration Center where he worked closely with Federal and state trustees and responsible parties to assess and restore natural resources injured by oil spills, releases from hazardous waste sites and vessel groundings.  From 2002-2004, Mr. Csulak worked in NOAA’s Marine Debris, Research , Prevention and Reduction Program addressing marine debris in U.S. and international waters.  Since 2004, Mr. Csulak has served as one of eleven NOAA Scientific Support Coordinator (SSC) within the Emergency Response Division, responding to incidents in which oil or chemicals are released into coastal waters.  Mr. Csulak’s Area of Responsibility (AOR) includes the States of New York, New Jersey, Pennsylvania, Delaware, Maryland, Virginia, District of Columbia, and North Carolina.  His office is based at the USCG Station in Point Pleasant, New Jersey 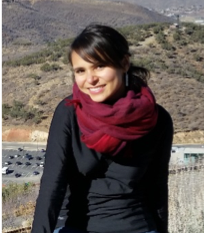 By training, Emily’s background intertwines ecology, chemistry, and toxicology. She earned a Ph.D. in Marine Biosciences from University of Delaware and also holds degrees from Old Dominion University and University of Connecticut. After a post-doc at Xiamen University in China, she put her training and experiences to use as an Oil Spill Extension Specialist for Louisiana Sea Grant.  This regional role involves assessing stakeholder needs, synthesizing and deliver oil spill science findings, and connecting various stakeholder groups to one another. Originally from Cleveland, Emily grew up in the mid-Atlantic and has lived in 4 out of the 7 states in the region. She and her husband Keith now enjoy exploring Louisiana with their dogs, cat, and year-old son, Luca.